Background
Non-concentrated solar thermal energy systems have struggled to be extensively deployed, especially in hot climate areas where they are mainly used for space heating and domestic hot water. Since cooling demand increases with solar radiation, integration of both systems may be ideal. Unlike thermally driven absorption heat pump systems, adsorption heat pump systems can be relatively cheap to manufacture, and can be operated using low-grade heat, which is suitable for small-scale residential applications. Typical cooling and refrigeration systems based on the conventional vapor compression cycle are not only responsible for the major energy (electricity) consumption in residential and commercial buildings during summer, but also for the annual electricity peak demand which costs utility companies billions of dollars to cover just a few hours per year. Furthermore, conventional cooling systems use refrigerants that are responsible for depletion of the ozone layer and environmental hazards. Some of these refrigerants have been prohibited and phased out, while the others are limited and expected to be phased out in the near future.

As the adsorbent bed is exposed to a source of thermal or radiant energy, e.g., solar radiation, the desorption process occurs where the saturated adsorbent releases water vapor (fresh water) to the condenser (condenser/evaporator acts as a condenser in this case). When the applied source of energy is ceased (e.g., sun sets or is shaded), the dry adsorbent absorbs water vapor (generated from salt water) and a cooling effect occurs. Multiple modules are connected in series through a manifold to form an ETAH&D array, and several arrays are connected in series and parallel to increase capacity of cooling and fresh water generation. Multiple arrays can possibly be run continuously by operating different arrays out of phase in which some arrays provide cooling while others produce fresh water. If solar energy is to be harnessed, the system can be operated intermittently by generating fresh water by day and providing cooling by night. 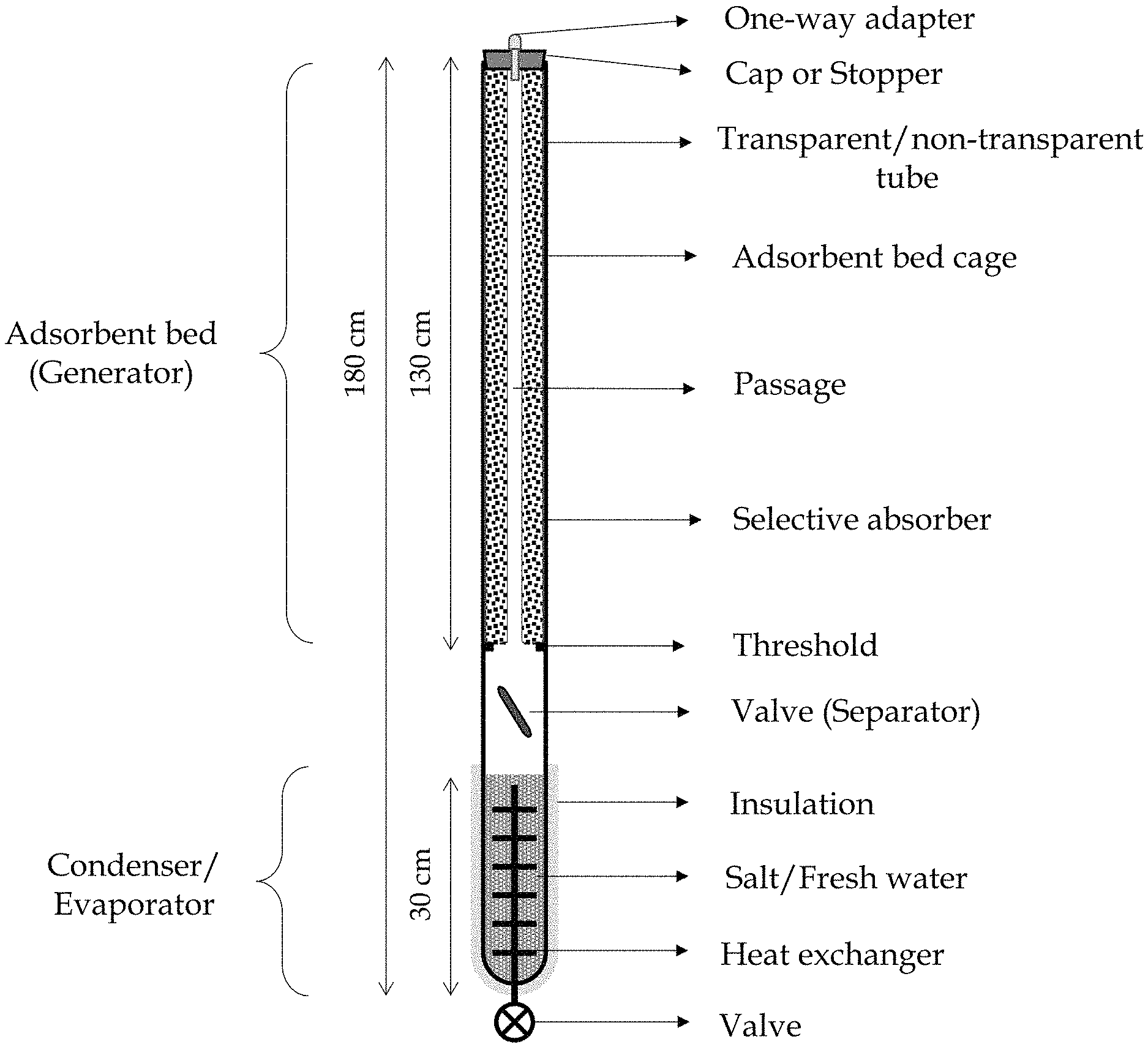